Governance forms in-between public and private spheres are becoming more common and extremely influential in society. Likewise, scholarly attention for hybridity, hybrid governance, hybrid organizations and hybrid professionalism has increased. The aim of this special interest group (SIG) is to join researchers from traditionally separate areas of study to have an open debate on governing and managing hybridity in society, aimed at dealing with complex societal issues. In modern institutional life, hybrids, hybrid governance and hybridity appear in many forms.

An interesting question is what are the consequences of this type of development? Governance deficits and a lack of accountability have led to discussions about which models, mechanisms, instruments and processes public authorities could use to ensure the effective, efficient and sustainable provision of public services (Osborne 2007; Verhoest et al. 2012). The design and effects of governance reforms and governance issues such as high-performing management structures are of special importance. What about the third sector, i.e. the realm of non-profits and other voluntary organizations? Hybridity can be seen as a result of a layering or sedimentation process of steering mechanisms such as traditional public administration, new public management and new public governance joining public, private and third sector activities. Hybridity exists also in the sense of values, identities, processes, actions, activities, and practices where the agents are real people, whether they are executives, managers, policy officials or professional workers. Politicians, public and business managers, street-level workers, and professionals, moreover, work together throughout hybrid settings. It is important to explore the links between institutional structures, logics and the people in different contexts and settings of hybridity.

There is an important research gap concerning the role and impacts of hybridity on the design, strategies, value creation, performance, measurement and evaluation of the modern service delivery systems (Grossi et al. 2017). In this SIG, we observe a need for understanding and theorizing hybridity as a space in between governments and markets that is populated by institutional activities at different levels. We seek understanding addressing micro, meso and macro levels of hybrid governance and levels of government: hybrid organizations, compilations of organizations, industries and policies, hybrid professions, and systems which seek the simultaneous advancement of public policy goals and business aims with the use of both public and private resources. Furthermore, the mission of SIG is to explore, both theoretically and empirically, the most important limitations, complications and paradoxes in hybrid governance, but also the strengths and important potentials of innovative forms of hybrid governance.

The SIG aims at coordinating the fairly dispersed research discussion on hybridity in the public management community. This would be an important opportunity, not only for existing members and researchers of the IRSPM community, but also for new potential members of the community. 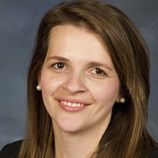